On this site we use cookies to enhance your browsing experience.

Continuing to browse the site you consent to accept cookies.

I disagree I agree

The historical residence of the Baglio dei Moziesi.

It was built by the head of this glorious Family - Father Nino Monteleone- around 1906 after he took office -for purchase- in the possessions of Birgi- from Sen.Abele Damiani.

This occurred following the sale of his island of San Pantaleo (Mozia already) to Joseph Whitaker (Archaeologist). Such family residence was donated to his daughter Filippa .... and today received great-grandchildren Giuseppe and Serenella they have taken steps to restructure it and direct it in part, in "House Holiday". Serenella welcomes its guests who want to enjoy a lovely time ... ..and, before describing some 'Family History, ...... wishes its guests "Good Sicily ...." in this fantastic "Baglio dei Moziesi.

Surrounded by the tranquil waters of the Stagnone lagoon of Marsala, opposite the village of ... ..BIRGI, lies the charming little Island of San Pantaleo
(Formerly Mozia), once a Phoenician colony, and today not only a place rich in history and culture, but also of remarkable natural beauty. Definitely a place to visit.

To reach "San Pantaleo - Mozia" must take a ferry once on the island you have to pay an entrance fee .. As soon as you look around, it is widely fascinated by the extraordinary beauty of the place. 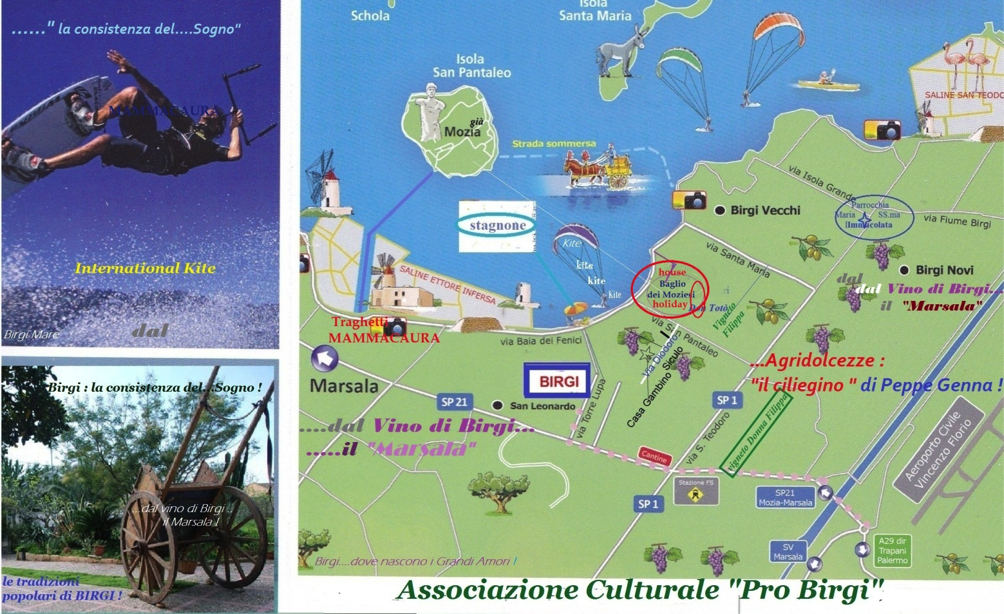 Thanks to its unique and positive strategic position, has always been an ideal place for the exchange of goods. The first to arrive on the island were the Phoenicians in the eighth century BC, who turned it into a thriving town. For defend themselves from enemy attacks were built high walls that made the island impregnable for a long time, resisting the attacks of the Greeks before and after the Carthaginians.

But in 397 B.C. the city of Mozia was invaded, burned and destroyed by the Syracusan troops guided by the cruel and despotic tyrant Dionysius the Elder. The inhabitants fled and took shelter on the mainland and the island remained abandoned for several centuries.
In the eleventh century A.D. during the Norman rule, Mozia was donated to the Abbey of Santa Maria della Grotta di Marsala and became the seat of the Basilian Monks of Palermo, who then gave themselves the name San Pantaleo island, dedicating it to his founder of Santo.

In the sixteenth century, the island passed to the Jesuits, and in 1792 was given as a fief to the Notary Alagna Rosario of San Pantaleo (Mozia) awarded with the title of Baron, who began archaeological excavations in search of the historical finds of the past
San Pantaleo (Mozia) experienced a period of splendor when, in 1902, the English nobleman Joseph Whitaker decided to build his home here. The Whitaker family had settled in Sicily at the end of the 800, starting a thriving export of Marsala wine. When Joseph discovered the island of San Pantaleo (Mozia), he was impressed, both for its beauty and for the extraordinary archaeological value.

Then bought the island and, with the collaboration of the old inhabitants owners, Mozia explored far and wide, bringing to light the remains of the Phoenician city, in addition to a wide range of artifacts that are now visible in the Whitaker Museum (the old Joseph home). 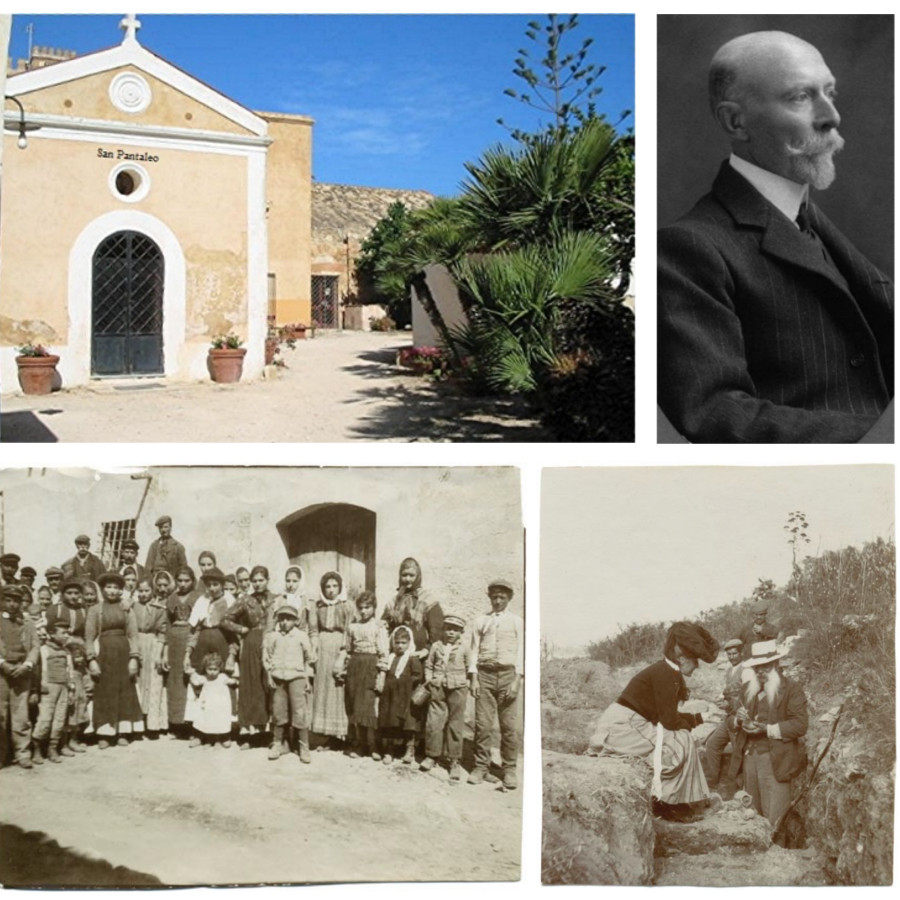 The Old Owners (Families Monteleone, Pulizzi and Bavetta) with the proceeds of the sale of the island acquired a large property in Birgi site and one of these families - Monteleone- thanks to its older "Patri Ninu" (Father Nino) moved on the coast after taking over the property of Sen. Abele Damiani. "Patri Ninu" built a house for her 7 children / Nicolò, Francesco, Giuseppe, Filippa, Benedetta, Maricchia, Anna (every household with its Warehouse for processing and wine storage).

In the house of the daughter Filippa, their descendants Serenella and Peppino are pleased to welcome you and to offer a pleasant stay in the moments of authentic Sicilian culture, still alive in its charm of ancient customs. 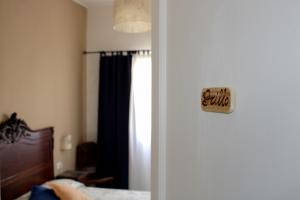 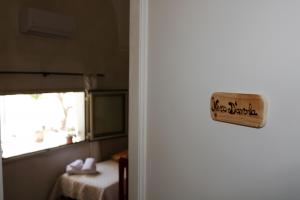